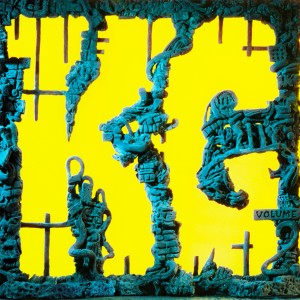 King Gizzard & The Lizard Wizard return with new album K.G., their sixteenth since forming in 2010. In the wake of a global pandemic, it’s a collection of songs composed and recorded remotely after the six members of the band retreated to their own homes scattered around Melbourne, Australia. K.G. is a pure distillation of the King Gizzard sound, one that cherry picks the best aspects of previous albums and contorts them into new shapes via defiantly non-western rock scales.

Barry says: Admittedly, the KG albums don't stop coming but every single one has distinct and defining characteristics that separate them from each-other. We still get the psychedelic groove and soaring melodicism but this time imbued with the influence of eastern microtonality and scales. It's a perfect combination, and as skilfully done as ever.