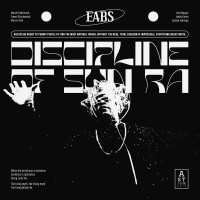 Sun Ra told them they weren’t copying those pieces, they were re-creating them, and with the proper information they could know the spirit behind the original.” That’s how Herman Sonny Blount treated the music of the swing legend, Fletcher Henderson. EABS approached the composition of Sun Ra in exactly the same way. An equally important element with recording was a regime associated with the discipline and precision that the pianist from Saturn fought for, using a series of exercises-compositions entitled ‘Discipline’ previously used by Arkestra.

They were strictly designed for exercises with the minimum amount of material, the most common built on the brass section parts, with a cyclical melody unfolding from fragments so each person played their lines meticulously, without any deviation. This is what the title of the album ‘Discipline of Sun Ra’ refers to. Sun Ra was aiming to record timeless music that could still be alive in a 1000 years, and with no hesitation, he managed to do it. The music from distant planets is infinite. “By infinity, Mr.Ra means creating jazz of the future, but also covering the past”- the same idea is carried by polish musicians.

On the ‘Slavic Spirits’ album, EABS was inspired by the ancient past. As we now know, discovering Sun Ra’s concept wasn’t coincidental. He also believed and shared the philosophy of coming through the darkness to see the sun and enlightenment. In case there’s no hope for living on our planet, we need to look for metaphorical escapism. That’s where the idea of building a cosmic ship under ‘Polish Space Program’ was born.