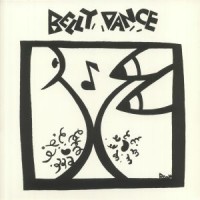 Turned on by a new dawn of chemical love, Sydney dance-funk combo Bellydance laid down their sampledelica blueprint in 1991, thinking in parallel with Weatherall’s revelatory work with Primal Scream. A candy flip of streetsoul, festival jam band and Chip Monck’s cautionary brown acid address, 3 Days Man! was primed for open fields and discotheques, in an age when the deejay was royalty. With an elastic lineup that boasted up to 9 members, Bellydance synchronised more with the club scene than the city’s straight-ahead pub rock racket, naturally recruiting hometown heroes Peewee and John Ferris to remix their multi-track concoction. A certified party closing anthem, the brother’s sun-smacked breakbeats elevate a collective consciousness beyond the clouds. Originally issued on Regular Records sub-label Boomshanka Music as a precursor to their album One Blood, the now sought-after 12″ sports characteristic artwork from Mambo visionary and Mental As Anything co-founder Reg Mombassa. Instigated by Sydney selector Ben Fester, this Efficient Space reboot arrives fashionably late to Woodstock’s 50th anniversary but just in time to help soothe universal division.

Patrick says: If you unravel the strand of the Balearic poncho which twists through "Moments In Soul", "Higher Than The Sun" and D Twins "Falling", you might eventually encounter this Aussie obscurity from Bellydance. Spoken vocals in a "What Is It That You Want To Do?" style, some irresistibly baggy breaks and a happily stoned soul instrumental all sewed together with a dubby bassline. Ponytails out!