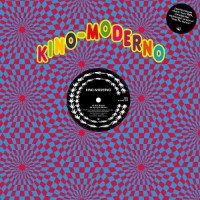 Faithful music merchants Rush Hour present a lost Japanese house classsic for our delectation! This EP of tracks is taken from the rare Kino Moderno album originally released in 1990 (tracks from this were used for the video game Video Drug 2). It's a vibrat, rich collection of sounds utilizing both analogue and digital synthesis of the time and is reminiscent of Dan Curtin, Shinichiro Yokota & Soichi Terada (especially) or Harumi Hosono's "Super Xevious" proto techno bomb. Features remix work (recorded in 93) from British soulful house DJ Frankie Valentine who had a record on Chez Damier's Balance records. As a bonus this set includes an unreleased version of "Into The Future".

Matt says: Takes a lot for a 'vintage house reissue' to pique my beak these days; yet sometimes someone digs deep enough to unearth summat that's previously escaped my attention and genuinely excites. This is one such offering!