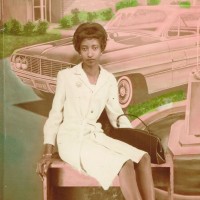 Introducing Gabriels - an LA based group made up of singer Jacob Lusk and producers Ari Balouzian and Ryan Hope. ‘Love and Hate in a Different Time’ is their new single and the perfect taster of their genre-defying sound. Their debut single ‘Loyalty’ was released on the seminal R&S Records, that and their follow up ‘In Loving Memory’ received support from the likes of Gilles Peterson, Virgil Abloh and Benji B. Both tracks served as solid stepping stones to reach this point in their fledgling career with a full debut EP due for release before the end of the year.

‘Love and Hate in a Different Time’ is the next piece of the puzzle and comes alongside an incredible short film devised and directed by band member Ryan Hope. The song itself envelops you in comforting joy as its soulful funk elements meld with gospel warmth backed by muffled drums and distant hand claps. Its intimacy is in its rawness and honesty as Jacobs affecting voice sews the song together.

The visual is just as unifying; a series of spliced together film footage of the dancefloor over the decades – from as early as 1894 when Thomas Edison became one of the first to film the dancefloor by shooting ‘Buffalo Dance’ - the Sioux Ghost Dance – up to the present day. The video showcases the true power of dance and how it can bring people together through good times and bad as well as its complicated relationship with technology. The short film ends with footage of Jacob singing impromptu through a megaphone at a recent Black Lives Matter protest in LA – making the footage all that more moving and impactful for the complex present time we’re all living through.

“The actual definition of the dancefloor is something that has always fascinated me. It’s a space we express ourselves ultimately. However as a huge Adam Curtis fan I’ve always been fascinated with origins and definitions. The complex relationships between subjects and the stories we are told to learn about them. When I started researching the history of the dancefloor and found that Edison was one of the first to film a dancefloor and he monetized it in the way he did. I think of where we are at now and ask what have we really learned? That is the concept behind the film for Love and Hate in a Different Time.” Ryan Hope

A1. Loyalty
A2. In Loving Memory
A3. Professional
B1. Love & Hate In A Different Time
B2. The Blind