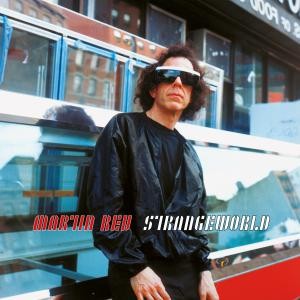 Martin Rev's fifth solo album - Strangeworld - was released on the cusp of the new millennium. The label responsible was Puu, a Finnish imprint belonging to Tommi Grunlund and Mika Vainio's Sahko Recordings which came to fame in the 1990s on the strength of its uncompromising minimalist sound. Four years earlier, in 1996, Rev had unleashed See Me Ridin, an album which surprised its listeners with keyboard melody sketches and distilled doo-wop compositions. It was also the first solo album to feature Martin Rev on vocals. Strangeworld started where its predecessor left off. Melodic passages dissolved into a thicket of fragments and set pieces, coalescing in a celestial shimmer between rhythm loops and Rev's voice, which assumed the role of an additional instrument rather than a standard singing part.