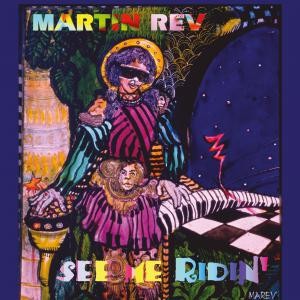 Martin Rev's fourth solo album See Me Ridin' was released on the New York label Reachout International Records (ROIR) in 1996. Received by the critics with amazement, it proved to be a watershed moment in his career. Martin Rev's vocals are as minimal as they are sentimental, wonderfully poetic like a latter-day Chet Baker perhaps, or Jonathan Richman. This solo album not only blindsided Rev's critics and fans alike, but also painted a personal, nostalgic portrait of his home, New York; fading out the noise and contradictions of the city to channel the romantic energy of the metropolis.