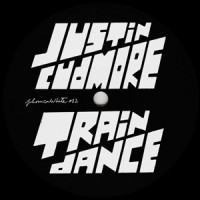 Justin Cudmore returns to the Phonica White series with four new tracks, and his long-awaited first full EP since 2017's "Forget It" for The Bunker New York. Heavy-weighted deep trax are order of the day here, skillfully skipping between house and techno with proficiant & inspired studio trickery.

Across the disc, Cudmore reflects on the sounds and scenes closest to his heart and record bag, flexing his knack for crafting catchy hooks and the kind of ear-worm melodies that helped cement his status as one of house & techno's fast-rising stars. A1 "Train Dance" is his ode to the urban symphony of train cars whirling past his apartment in Brooklyn, with eight minutes of swingy, jacking house built for a sunny afternoon set across the pond at Panorama Bar.

The B-side nods to Cudmore's acclaimed acid sound for two deep slow rollers. "Expectation Game" and its no-nonsense 303s chug through a couple of understated breakdowns, while "Realize" was written with a Detroit outdoor patio in mind, with a sleazy acid bassline and cut up vocal groans sounding like Cudmore riffing on a late-night Moodymann jam.

Recorded during a productive time of new beginnings and positive headspace, ‘Train Dance’ comes out during a strange and unclear present for Cudmore and many of his contemporaries in the scene. However given it all, Justin remains excited to share new music and sounds, and hopes to return to the dance floor with everyone again as soon as safely possible.

Artwork as always is supplied by the talented Pedro Carvalho de Almeida.

A1. Train Dance
A2. Club Fetish
B1. Expectation Game
B2. Realize