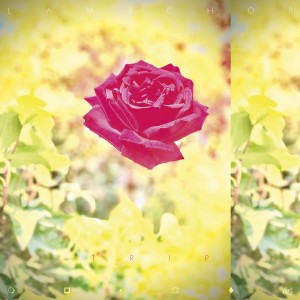 In the fall of 2019, Lambchop’s Kurt Wagner had a unique idea: In lieu of going on what would become an economically disastrous tour, he would invite the band to Nashville to make a record as a way to provide them with similar financial support and realize something tangible in the process. Each band member was tasked with choosing one song for the band to cover, and leading the recording session to completion each day. Wagner says, “My idea was to see what might happen if I removed myself from the process and the content as much as possible. In doing so, what surfaced were elements that have always been there but maybe got overshadowed by my songwriting and process.”

Recorded December 2–7, 2019, at Battletapes in Nashville, TN, and produced, engineered, and mixed by Jeremy Ferguson (with the exception of “Reservations” which was co‐mixed by Ferguson and Matthew McCaughan), TRIP sounds like a culmination of the band’s older work and current work. There’s a looseness and freedom that recalls their older sound mixed with a group sophistication and innovation derived through the process of playing together for so long. The title TRIP refers to the circumstances surrounding its creation and the endeavor of “touring” itself. “It also seems to describe a life in music and the situations we created in our life as a band over the years,” Wagner adds. “It’s been a trip…”

Barry says: Some absolutely classic tracks here, and all presented in Lambchop's trademark moroose melodicism. It's equally haunting and tender, a brilliant illustration of how refined the band's processes have become, and most of all, a great listen.