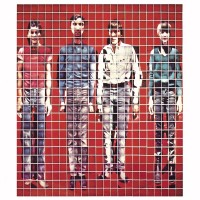 Landing hot on the heels of their well received debut, "More Songs About Building And Food" tackled the curse of the sophomore LP head on, first through its brilliantly ironic title, then through the subtle development and distillation on the sounds presented on "77". Former Roxy synth wizard (not yet the uber producer he'd soon become) jumped on board to man the boards, placing extra emphasis on the Weymouth-Frantz rhythm section which would become increasingly important over the next decade. Still unhinged, arch and in a world of his own, Byrne is on top form, beginning to properly utilise his vocal eccentricities and lyrical poise. Fast paced and boosted by Eno's production, the whole set is decidedly danceable, but it's the inspired swamp funk cover of "Take Me To The River", complete with sonar sweeps and synth riffs which packs the dancefloor to this day.