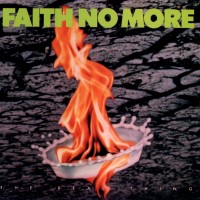 Hailing from San Francisco, Faith No More are an American rock band, known for their significant influence on bands such as Nirvana and Led Zeppelin. Faith No More’s acclaimed third album, and the band’s first album with Mike Patton. Features the hit single Epic, as well as Falling To Pieces.

The Mars VoltaDe-Loused In The Comatorium - Gold Vinyl Edition