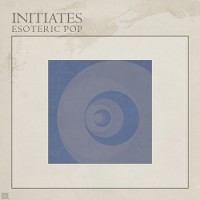 After seven years and three records with Holograms - the first two of them released on Brooklyn’s Captured Tracks - Lagerström was ready to try something new. He already had the kernels of new song ideas percolating, although they would never have fi t within the punk confines of Holograms - instead, they harked back to shoegaze and nineties alternative. “My biggest infl uence has always been Swirlies,” he says, referring to the cult Boston indie rockers. “I wanted to something that was outside of the Holograms box, that would be a little bit more laid-back, and that didn’t feel quite so serious.”

What began as Lagerström’s own vision has evolved into something else entirely, with all four members bringing their own skillsets to the table; Andersson’s an ex-member of the death metal outfi ts Maim and Morbus Chron, while Brink’s interests lie chiefl y with post-punk outfi ts like The Sound. Hansson, meanwhile, has already served apprenticeships in underground outfi ts Kerosene Kream and Caligulas Mamma, and the resulting amalgam on Esoteric Pop is a raw, 26-minute maelstrom of distorted guitar, woozy sonic textures, and reverb-drenched melodies.