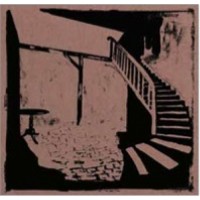 Originally released on CD in 1999, M. Ward’s debut is a sparse, mostly live affair recorded with pal and engineer Adam Selzer of Norfolk & Western at Type Foundry Studio in Portland, OR.

Listeners who are already accustomed to Ward’s breathy, conversational vocal delivery and soft-picked, West Coast Americana melodies will find much to love here. Duet for Guitars #2 is peppered with instrumentals in the John Fahey and Bad Timing-era Jim O’Rourke vein, and Ward’s lackadaisical picking sounds just as lazily precise here as it does on future recordings.

There’s a real warmth to the sessions that transcends the often bare-bones production. For the most part, it sound like most takes were done live with two microphones, with the occasional overdub, and that style suits Ward’s dreamy tales of molasses-slow teenage summers (\Beautiful Car\”) and oddball parables like “”Fishing Boat Song.”” It’s also interesting to hear him shedding the inflections of some of his more obvious heroes like Neil Young (“”Who May Be Lazy””) and Bob Dylan (“”It Won’t Happen Twice””). This limited edition is an indie record store exclusive and pressed on clear vinyl!”