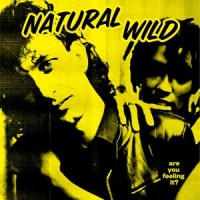 Remastered & Re-Edited & Remixed versions of the ‘Quare Groove’ classic first released on the group's own Feral Records imprint in Ireland in 1985. Originally inspired by Con O Laoghaire,s trip to Carnival in Trinidad ‘where a woman told me she would see me later at a fete when she was looking ‘Hot and Sexable’’. This is the full vocal version sung by Denise Keogh. As well as an extended club mix of the original, the set feature three other versions, all are reimagined by Morgan Buckley (Wah Wah Wino / No 'Label') using source stems from the original 1985 master lacquer and multitrack tapes courtesy of Windmill Lane Studios.

Patrick says: In its original form, 'Hot & Sexable" sounds a bit like Freddie fronting a discoid Duran Duran (thumbs up from me), while Wino-weirdo Morgan Buckley manages to cover tropical pop, dub, psychedelia and noise in his trio of remixes. I'm massively into this one!