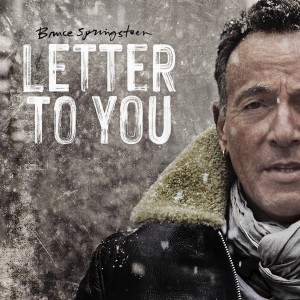 Letter To You is Bruce Springsteen’s new studio album with the E Street Band, and is a rock album fuelled by the band's heart-stopping, house-rocking signature sound. Recorded at his home studio in New Jersey, Letter To You is Springsteen’s 20th studio album, and is his first album including the E Street Band since 2012’s High Hopes and their first performances together since 2016’s The River Tour.

“I love the emotional nature of Letter To You,” says Springsteen. “And I love the sound of the E Street Band playing completely live in the studio, in a way we’ve never done before, and with no overdubs. We made the album in only five days, and it turned out to be one of the greatest recording experiences I’ve ever had.”