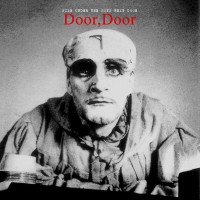 "40th Anniversary reissue of the first album featuring Nick Cave, before the band's name morphed into The Birthday Party and prior to the formation of his next band, Nick Cave and the Bad Seeds.Includes the classic "Shivers," which has recently been covered by the likes of Cat Power & Courtney Barnett, to name a few; Tracklisting- The Nightwatchman Brave Exhibitions Friends Of My World The Voice Roman Roman Somebody's Watching After A Fashion Dive Position I Mistake Myself Shivers "