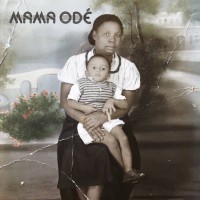 Brothers Reginald Omas Mamode IV and Jeen Bassa come together as Mama Odé on full length album 'Tales And Patterns Of The Maroons'. At its core this is a classic “hip hop” format LP - but have you ever heard Creole Sega Rap Roots music before?

Of Creole descent from a group of African islands that transiently have hosted many settlers, west African slaves, colonialists and the potentially indigenous East African-Malagache Maroons; the brothers have an inherent spirit of diversity that runs through their recordings. Musical influences consist of jazz, funk, blues and reggae to un-placeable but definite Afro-drum patterns, through to their Golden-Era-Rap vocal flows, which have a sure nod to ATCQ and Slum Village. The album’s deep grooves overwhelmingly seed optimism, subscribing to a positive future drawn from historically multi-ethnic ancestral lines. The brothers’ natural vocals carry messages of unity, love and well being as well as a conscious questioning of humanity’s ill practices and ideas. Reginald Omas Mamode IV’s three solo albums - 2016's s/t debut, 2017's 'Children of Nu' and 2019’s ‘Where We Going’ - received continued critical success from Mojo (“A brand-new-retro delight”), Mixmag (“Peckham beat brilliance”), Q (“Superb”), Record Collector (“Equal parts D’Angelo to J Dilla”), The Wire (“Soul music turned all the way inward”), DJ Mag ("A masterpiece"), Electronic Sound (“Utterly fantastic”) and Bandcamp (“Equally steeped in hiphop, funk, soul and jazz”). He was also nominated for ‘Album of the Year’ at Gilles Peterson’s Worldwide Awards 2017.

Jeen Bassa has carved out a reputation as one of the leading beat-tape producers mixing up slo-mo, mechanised funk with hues of neon soul and blue, jazz notes. With a stream of sold out vinyl LPs under his belt, from 2015’s ‘All My People’ through to last year’s ‘Cassava Pone’, Jeen Bassa’s warm and woozy productions stand out in a world saturated with bland Dilla and Madlibesque pastiches. Along with Al Dobson Jr, Henry Wu, Mo Kolours and Tenderlonious; ROMIV and Jeen Bassa have helped forge the extended 22a co-operative that The FADER calls “a kaleidoscopic patchwork of hip-hop, house, and groove investigations bound by one thread: a timeless belief in rhythm as a universal language” and Stamp The Wax say “helped craft a sound that traverses the jazz and lo-fi beats continuum, heavy on percussive elements and informedy countless non-Western musical culture”.