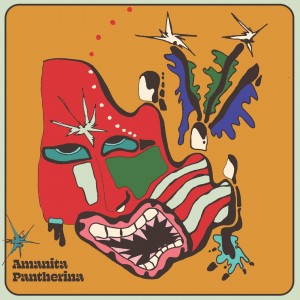 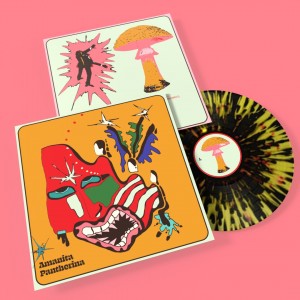 Only emerging once previously in 2020 to fuel second album rumours with the release of Coronation Street-inspired single, You’ve Made An Artform (From Falling To Pieces), just as the UK’s COVID-19 lockdown took effect, Cabbage now officially set the reels running on a technicolour sequel to the cracked-screen noir of their debut album, Nihilistic Glamour Shots’, which hit the UK Top 30 in 2018.

Appearing to fade out their first, epic chapter in brooding black and white, the five-piece finally turn the page with Amanita Pantherina, released on Fri 25 September 2020, finding themselves a cartoonish state of heightened, neon-hued consciousness, facing down the darkness of modern Britain with renewed, energetic abandon. Get Outta My Brain chases the shadows of Shaun Ryder and the fast burning focus of his late-90s Black Grape-era, cutting gonzo punk fuzz with sharp-focus lyrical intent to affect an intravenous dose of similarly streetwise intellectualism.

Older and wiser, yet unchanged in their mission, Cabbage – made up of Broadbent (vocals), Joe Martin (vocals/guitar), Eoghan Clifford (guitar), Paddy Neville (bass) and Asa Morley (drums) - bound from the studio having maintained the fizzing electricity of a band supercharged by the injustices they see in the world around them.

Amarantha Pantherina will be the first album entirely produced and recorded by Cabbage themselves, in their own Brassica Studios, whilst bringing on board long-term collaborator, Chris Stockton to assist with technical levers. Having deftly documented the turbulent times of modern Britain since 2017, machine-gunning wry takes on the banal, absurd and cruel – from the Brexit non-anthem of Raus! to the prescient, pharmaceutically-orientated, Medicine - the band aims to remain a vital voice of the times in which we live.

Amarantha Pantherina promises, according to the band, to “continue the ‘time capsule’ ideal of keeping albums current to reflect their philosophy at the time of recording.”