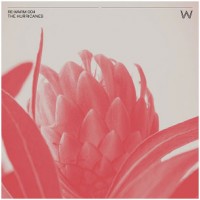 For RE:WARM 004 the label heads to South Africa to welcome the amazing band, The Hurricanes. The Hurricanes are comprised of Donald Mbowane, Albinus Sobekwa, Elias Sekete and Philip Marokoane. However over the years there were a number of variations in the band. They released a number of singles and EP’s throughout the 1970’s on RPM and Buffalo but they finally released their greatest hits in 1978 on Buffalo. It’s from the greatest hits which was produced by Thomas J. Masingi that RE:WARM have selected three wonderful tracks that show off the band’s phenomenal talent. The hugely sought after track “Sea Waves” will take over the A side with “Brother” and “She’s Got To Know It Well” on the flip.