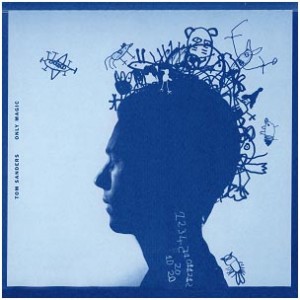 Releasing music for the first time under his own name, Sanders has worked to deliver an irresistibly charming collection of tracks for ‘Only Magic’, with similarities around struggles and adventures in life and relationships in the modern world.

The single ‘Little Human’ is an infectiously wistful indie-folk track which finds Sanders reflecting on life lessons to his daughter, and detailing his own personal journey to growing up. His instantly recognisable vocal adds a genuine poignancy.

Well-known for fronting Teleman, Sanders performs as singer and guitarist for the group which has released three seminal albums to widespread critical acclaim from the likes of The Guardian and Drowned In Sound.

“Making this record really took something out of me; I feel like I might have put too much into it” Sanders reflects on writing towards his album. “But it’s not a sadness that I hear listening back, it's more a kind of deep blue happiness.”

An exciting single steeped in emotion, ‘Little Human’ is the first single to come out ahead of TomSanders’ enthralling debut album via Moshi Moshi Records.