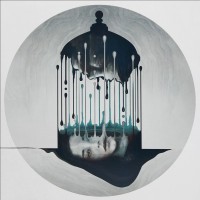 David Turpin’s first feature as screenwriter – the gothic fantasy premiered at the Toronto Film Festival in 2017, and was subsequently acquired for worldwide release by Netflix.

Film synopsis:
A family curse confines orphaned twins Rachel and Edward to their home, in punishment for their ancestors' sins. Bound to the rules of a haunting childhood lullaby, the twins must never let any outsiders inside the house, must be in their rooms by the chime of midnight, and must never be separated from one another. Breaking any of these rules will incur the wrath of a sinister presence that inhabits the house after midnight.

Barry says: Another stunning release from Burning Witches records, with all the neo-classical gloom and horror slo-burn we've come to expect from this legendary label. Crackling ambience and slowly drawn strings are accentuated with crescentic wails and simmering unease. Gorgeous to look at and most importantly, to listen to.