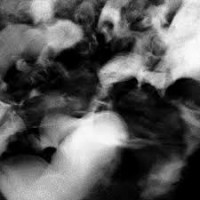 Mason Lindahl is a guitarist and composer originally from Northern California residing in New York City. Growing up in folk and country music, originally learning guitar from his father at a young age. 'Kissing Rosy in the Rain' was recorded with long time friends Jay Pellici (Dilute, 31 Knots, Natural Dreamers) and Robby Moncrieff ... and a bit in Brooklyn with Ben Greenberg (Uniform/ Hubble).

Barry says: Brilliantly warming melodies and minimalist country vibes on this stunning LP from the ever reliable Tompkins Square. Minimalistic but perfectly refined and beautifully rendered.

Kings Of The Fucking SeaIn Concert