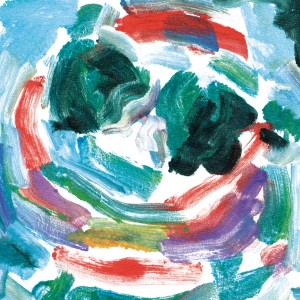 Loneliness, isolation, alienation, the need for connection and community. The salient themes of our times resonate with a haunting, predictive and vital power on the third album from London four-piece Landshapes. Released through Bella Union this November, Contact is an album that digs deep into the past, looks ahead to the future and burns with vivid life in the present, where its mind-expanding soundscapes, beguiling melodies and resonating emotions exude a tremendous in-the-moment vibrancy.

The title speaks clearly to the album’s themes, as intended. As Luisa Gerstein (vocals, synths) explains, “The working title for a long time was ‘Collapse’, but when we came around to naming it, and having the conversation from our respective isolation, we wanted to give it a name that was more hopeful, and about connectivity. Dan suggested ‘Contact’ and it clicked - Contact with each other; contact with the wider world amidst its unravelling; music feels like a really essential part of that right now.”

After the voyages of self-discovery on their 2013 debut, “Rambutan”, and the wide-open reach of “Heyoon”, Contact pays testimony to Landshapes’ questing spirit. Recorded live at Soup Studios when it was in Limehouse, the album’s freshness reflects a strict resistance to, says Luisa, “over-cooking in the studio”. New tools helped flesh out the soundscapes, Jemma notes: “actual synths”, a Boss Dr Rhythm drum machine, and fresh guitar pedals enrich the sonic palette without gratuitous studio interference. Meanwhile, storied sound wizard and producer Kwes became, says Heloise, “sort of a fifth member”, helping to take the songs “to a new realm”.

As Jemma says, “We had a strong idea of wanting to keep a raw feel to the work, and that we wanted external ears to play a guiding influence and add a new voice once we had built the foundations. The sense of previous preciousness was something we could dispose of, as we had more confidence in our ability to play and write. I think it made us bold.”