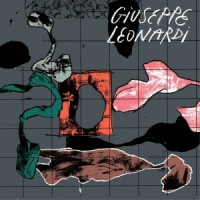 Second Circle returns with the follow up to Giuseppe Leonardi’s 2018 debut record ‘TBC’, with another singular EP from the young Austrian musician, titled ’MenteMente’. Recorded this year in Vienna, during the lockdown of the city, the title ‘MenteMente’ was derived from the Spanish word ‘Mente’ (meaning ‘Mind’) and refers to a meditative state developed during times of crisis, and the evolution this has brought to Giuseppe’s own musical process over the past months.

Reflecting an evolution in his musical output, the six tracks on ‘MenteMente’ incorporate a diverse mix of sounds and influences. The EP also includes collaborations with vocalist Fresh Princess, a young experimental dancer and vocalist from Ghana now based in Vienna. As well as spoken word from Georgian Art Theorist Lana Girkelidze who reads her favourite passages from Georgian poet Galaktion Tabidze’s poem ‘Qari qris’ - გალაკტიონ ტაბიძე-ქარი ქრის.

For those with an active browser, ‘MenteMente’ comes accompanied by a series of digital visuals made by Carolina Rivera Arboleda, artist and student at the Vienna University of Applied Arts and a stop motion video installation by renowned Viennese street artist Olivier Hölzl.

Patrick says: As an unrepentant fanboy for Second Circle and Giuseppe Leonardi, this one had me at hello. Upon extended listening, I can confidently declare that the FM synths, digital funk, nuanced drum boxes and dreamy melodies combine in pure trouser tenting glory. File next to Eirwud Mudwasser, Dazion and Darling.