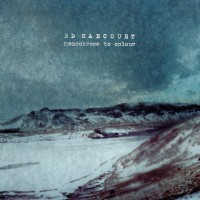 Haunting and other-worldly new record from Ed Harcourt, his ninth studio album and second release on Point Of Departure following 2018’s ‘Beyond The End’.

Recorded at his own Wolf Cabin studio in rural Oxfordshire between January and October 2019, this beautiful 12-track album was written and produced entirely by Harcourt. It features Clive Deamer from Portishead on drums on three tracks, and Gita and Amy Langley on violin and cello respectively

The new album is full of rapturous outreach. It was made with an interesting blend of instrumentation, ancient and modern. There’s a 1910 Hopkinson baby grand piano and also a dulcitone, a 19th-Century oddity where hammers strike an array of tuning forks.

A much-acclaimed recording artist who released his Mercury Prize nominated debut ‘Here Be Monsters’ on Heavenly Records in 2001, in recent years Harcourt has gained acclaim for his songwriting for a variety of artists. He’s co-written songs with Marianne Faithfull, Lisa Marie Presley, Paloma Faith, Sophie Ellis-Bextor and Orbital’s Paul Hartnoll. He’s featured on albums with Mark Lanegan and alongside an intercontinental array of musicians, from Egypt and Tanzania to Argentina and Russia (this global cast featuring on the 2019 album ‘Beyond Music: Same Sky’). Moving from bands to the big screen, Ed has written for several soundtracks, including the recent superhero comedy Supervised and the 2014 drama Like Sunday, Like Rain.

First Light
Ascension
Drowning In Dreams
Her Blood Is Volcanic
Only The Darkness
Smiles For You
Death Of The Siren
After The Carnival
Last Rites
So Here’s To You, Hally
Childhood
King Raman
Monochrome Into Colour