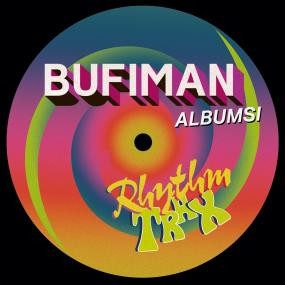 Bufi-Jan locks into serious percussion mode here, translating the technicolour breaks and progressive wormholes of a sextet of 'Albumsi' tracks into bonkers and bubbling drum dubs.

In his own words: “Hi, my name is Bufiman and I do drum music for world peace and dance music for frogs. I recently released a longplayer called ‘Albumsi' on Dekmantel. While doing the mix-downs for ‘Albumsi' I realized how much effort I had put in it and how it might even seem overproduced in comparison to other records of mine. This was the result of ‘Albumsi’ being in the first year after quitting all other jobs to focus completely on music. It was the first time I had a studio, some gear and time all at once, at the same moment. So during the mixing process I realized how carefully and loaded the drum tracks were, I even had unused leftover drum material… I also just found a Dutch record heavily inspired by the classic Jive Rhythm Trax with the name 'Mix Your Own Breaks - Construction in Music' with an accompanying text that inspired my idea to do some of my own rhythm trax versions: "The compositions on this LP only consist of rhythms and sound effects. They can be used as: a transition between two records, to be mixed as a break in between and for the production of jingles. Have a lot of fun with these breaks!" Or in Dutch, as originally printed on the record: VEEL MIX-PLEZIER MET DEZE BREAKS - Een multifunctionele LP voor Discjockeys, Thuismixers en geluids-amateurs.”

Patrick says: Stripping back some of the choicest cuts from his Albumsi, Jan lets us luxuriate in his outrageous drum programming, break surgery and comic book boings on this EP of phat rhythm tracks. Perfect for playing in the mix, or enjoying at high volume in the comfort of your own home.