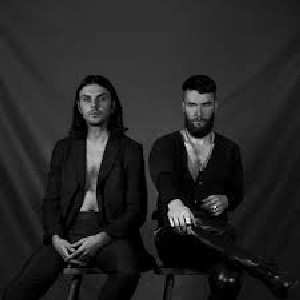 Formed in Manchester over a decade ago, Hurts are an electronic pop band featuring vocalist Theo Hutchcraft and multi instrumentalist and producer Adam Anderson. Known for their striking and stylish videos, Hurts make epic, dramatic pop music that takes inspiration from a finely curated mix of influences including '70s Krautrock, '80s new wave, and '90s R&B.
Arrving on the scene with a studied appreciation of La Dolce Vita, a naif interpretation of 90s holiday pop and a snare sound craftily adapted from the sole of a very expensive shoe hitting a largely ordinary floor, Hurts made a big impression, and their subsequent chart success is testament to a longevity their contemporaries lacked. This new album, packed with stadium pop songs, punchy productions and radio friendly tracks sees the duo once again flaunt an uncanny ability to translate intellectual and emotive subjects into something accessible enough to make it into a particularly dramatic scene in Hollyoaks (or whatever people young enough to be relevant watch).