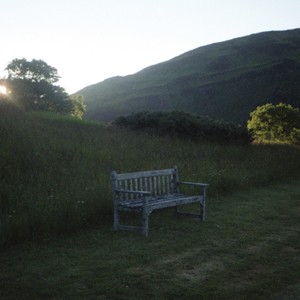 Twenty years ago, somewhere in Scotland, an album that was the missing link between The Black Dog, Chain Reaction and Irdial was released by an enigmatic Glasgow producer called Pub, on his equally mysterious label Ampoule.

The album ‘Do You Ever Regret Pantomime?’ (2000) has become the stuff of local folklore, a key work in the UK’s rich history of IDM and ambient, and one of the most celebrated albums of the early noughties. Bizarrely, it even infiltrated the Billboard Top 100.

‘Do You Ever Regret Pantomime?’ is also very much a key statement from a producer who has chosen to stay in their own space, where everyone is welcome. Records like these are about losing yourself in the sound and creating your own universe to explore.

Over the record's 70 minutes or so you’re instantly wrapped in a deep matrix of spacious chords, abstract textures and gently shifting rhythms.

The 2020 reissue has been re-mastered and cut at Berlin’s Dubplates & Mastering, pressed as a 2x12” and features new artwork and a bonus track.

This release also heralds the return of Ampoule, the Glasgow label which released music from the likes of Lucky & Easy, Omens Jot and Moped Endo among others. Forthcoming releases will be a mixture of new music and re-issues from the archives.

Matt says: Beautiful, floating, mellow, elctronic music by the former Vertical Form artist on Scotland's Ampoule outfit. Words cannot describe completely how this album feels, but it's somewhere between Boards Of Canada, Bola and a fortnight in Iceland.