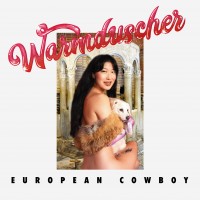 If you are cursed in a dream, that very same curse will devour you and - even in your waking moments - deliver you screaming, into the arms of a winged beast. Behold a 12” of limitless pleasure. Three remixes by three captains of colossal love and power. Grasp tight the rope of passion, joy will envelop you. - Dr Alan Goldfarb, February 2020 A little side order to go with your Tainted Lunch? Triple-cooked Warmduscher fries courtesy of Soulwax, Decius and Savage Gary ready in time for Record Store Day. 12” collecting Warmduscher remixes featuring a brand new Soulwax remix of ‘Midnight Dipper’, plus a wonky house rework of ‘Disco Peanuts’ by Decius, and Savage Gary’s filthy take on ‘I Got Friends’. Legitimate bangers. First time on vinyl Limited edition black vinyl. Only 1,000 copies for the world Last year’s Dan Carey-produced Tainted Lunch crashed the UK Independent Album Chart at #12 and scored #3 in the Record Store Chart Support for Warmduscher at BBC 6 Music has been incredible with Tainted Lunch landing at #6 in their albums of the year list and playlisting for ‘Midnight Dipper’ and ‘Disco Peanuts’ (five weeks on A-List) Marc Riley, Amy Lamé, Iggy Pop and Lauren Laverne have been singing their praises from the rooftops of Wogan House and MediaCity The BBC 6 Music love-in continues with Warmduscher performing at The Electric Ballroom for the 6 Music Festival End of year accolades for Tainted Lunch include The Quietus, Long Live Vinyl, Resident and Rough Trade If you like the ‘Duscher on record, it’s even better in the flesh, as sold out shows across the country attest Their biggest headline show is coming up at the legendary Heaven nightclub in March, which sold out months in advance Love is real