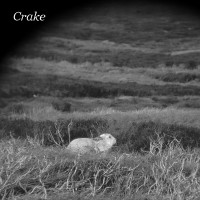 Crake are an alt-folk four piece from the city of Leeds in northern England who write melodic and (sometimes) hopeful songs about ora, fauna, anxiety and the tough stu. Formed on the cusp of 2016/17 after a New Year’s Eve pact, Crake spent their rst couple of years playing locally with loose-line-up changes, self-releasing two EPs - 2017’s By the Slimemould and 2018’s The Politics of Lonely.

In late 2018 the band supported Big Thief ’s Buck Meek on the Leeds date of his solo tour, impressing the guitarist so much that he invited them along for Big Thief ’s forthcoming tour across the UK and Europe. Those three weeks spent travelling and playing with their musical heroes saw Crake go from a small, beloved act who’d barely left their hometown, to finding themselves with a legitimate fanbase of their own. Their third 3-track EP Dear Natalie was subsequently released in 2019, also marked by the addition of lead guitarist Russell Searle, joining Rob Slater on drums and Sarah Statham on bass. The EP was the sound of Crake nding their feet on a larger stage, both literally and guratively, with opening track ‘Glycerin’ shining a spotlight on Sandle’s ever-confessional words.

Since the Big Thief tour and the Dear Natalie EP the band have focused solely on writing and demoing new music, assembling in garages, practice rooms and the beloved Greenmount Studios in Leeds (The Cribs, Pulled Apart By Horses) where drummer Rob Slater works. The rst results of this focused time away can be heard on Enough Salt (For All Dogs) b/w Gef, a brand new, two-track single which will be released on 7” vinyl via Saddle Creek’s ongoing Document Series.* Their rst self-produced eort, the new single is Crake at their most condent. Exploring the depths of their sound while staying rooted in Rowan Sandle’s brilliant songwriting and captivating lyrics.