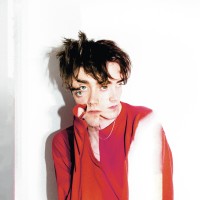 Lupin is the sound of an arrival. Across eight tracks of subverted, expansive pop, Jake Luppen’s solo debut is all sharp edges, a fractured self-portrait pieced together through left-of-center, pop maximalism.

Although Luppen rose to prominence as a vocalist and guitarist in St. Paul’s beloved indie outfit Hippo Campus, the songs on Lupin feel like meeting him for the first time. He puts it succinctly: “With this record I wanted to get to the point, and say how things were, as opposed to dancing around them.”

Written mainly in breaks during a sprawl of 112 shows for Hippo Campus’ Bambi from 2018-2019, Lupin was an unexpected path to confidence. It also offered an escape from the grind of endless touring and a way for Luppen to process major and stressful life events directly through songwriting.

Inspired as much by Charli XCX’s Pop 2 as it is Tears for Fears, ‘80s new wave, and Prince, the genre-bending record holds true to a desire to make ‘80s music filtered through modern technology. Featuring synth and programming contributions from Jim-E Stack and Buddy Ross, Lupin weaves together fragmented drum loops, swooning falsetto, tangles of synths, and sharp guitar-lines, the final product is an off-kilter pop-sheen, one Luppen said was guided more by intuition and feeling than anything else.