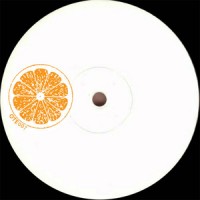 A treasure trove of edit wonders from none other than the Turkish master and esteemed digger’s digger, Jonny Rock, released on the ever-dependable Orange Tree Edits.

Four cuts, taking you on whistle-stop tour around the inner workings of Rock’s mind, from electro to new wave, with a slice of Serbian soft rock in there for good measure. With tastefully selected source material and deft work with the knife, these skillfully sliced edits should ignite any cosmic-leaning dancefloor.

Matt says: Ace 12" for cosmic disco & EBM-leaning discotheques. Tracks that sit nicely alongside Aiwo, Red Laser & Talking Drums records, and as such present a pretty poigant tapestry for the more tasteful spectrum of the dance.

Patrick says: I was gonna edit the A2 here, but Jonny's beat me to it. It's a Ricky Gervais track FYI

A1. Kat-Woman-Do
A2. Bitter Juice
B1. Hippie Jam
B2. Streets Of Belgrade