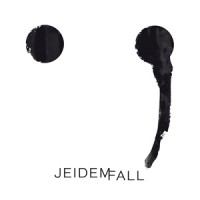 Düsseldorfer’s Detlef Weinrich returns under his Tolouse Low Trax monikor (you might know him as a member of the band Kreidler). His first solo album “Mask Talk” thrives on a feathery beat frequency and cool new-wave-strength. His recently released piece “Corridor Plateau”, which appeared as a limited edition to accompany the exhibition “Corridor Plateau” contains percussive electronics and heavy industry as strangely resonated with much of north west England’s cotton towns.

His third album “Jeidem Fall” sounds like music brought down to earth from the heavens. But its a dark cosmos in which there are only fleeting glimpses of light. All eight tracks were composed in a short space of time over the period of just a few months and fit together perfectly atmospherically. With a musical expressiveness that undoubtedly twists your emotions, “Jeidem Fall” attacks the subconscious and clouds the mind. The drums have more movement than on “Mask Talk”, and there’s a thick, noxious gloop gelling much of the elements together.

TLT definitely takes inspiration from Craig Leon's first reductive album “Nommos“. There is also a hint of the minimallist industrial music of the Spanish band Esplendor Geometrico in the bubbly textures. Choosing the classic MPC and his small synth setup to make his music, the music has a unique identity. Again Tolouse Low Trax has created a truly mysteriously vibrating musique which offers hypnotic magic for the shadowy dance floor. Only a little light should illuminate the whole thing and the bodies that move above them should have no fear from the threatening percussion. A dark swaying shadowy mass, ideal for those end of the night journeies and possessing a air of dark eroticism. Recommended.