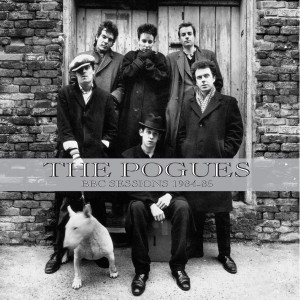 The Pogues – The BBC Sessions 1984 - 1986 is an extensive collection of BBC recordings from the band between 1984 and 1986, with 13 of the recordings previously unreleased apart from their initial airing (see* in tracklisting). Available on CD, digitally and through streaming platforms, it will be released on 30 October. The CD and digital versions contain seven additional tracks not included on the previously released Record Store Day vinyl exclusive.