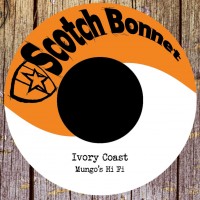 Exclusive RSD single, taken from forthcoming album, Mungo's Hi Fi and Marina P.This will be the only vinyl single from the album.The track features two reggae veterans from both Jamaica and UK, 70's legend, Dennis Alcapone who had hit songs such as"Gguns don't argue" and having worked with producers such as Lee Perry, Prince Buster and Bunny Lee is considers one of the earliest Deejays from Jamaica.Tippa Irie, from the Saxon Soundsystem became a household name after his single "Hello Darling" broke into the UK top 40 charts in the 80s and has previously collaborated with Mungo's Hi Fi.The theme of this track is to show the thread from Ska through to dancehall and how it is still musically relevant.Mungo's and Marina P released a track in 2015 that sold well.