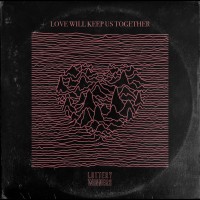 The Lottery Winners! What can we say? They have certainly done their 10,000 hours.Starting in the pubs and working mens clubs of Lancashire (including the legendary Pheonix Nights) this fab foursome have truly grafted and reaped the rewards with support slots for the likes of Catfish and the Bottlemen, Madness, Larkins, The Libertines, Circa Waves, Sleeper, Cassia, Paul Heaton, Tom Odell and even, after a stormingly successful Glastonbury debut in June, Sir Tom Jones on his recent stadium tour ('I loved your set, especially the a cappella, you don't half get the audience going' - Tom Jones.) All of this has resulted in a live show that is completely nailed down, filled to brim with passion, personality and most importantly, banging tunes! Lead singer Thom Rylance is never happier than when entertaining a crowd, whether their own or someone else's, and this summer Thom, Kate, Rob and Joe are winning over new fans young and old, and gladdening the hearts of festival audiences all over the UK and Europe.So driven, so engaging, so smashing at promo and so spectacularly compelling on stage.By the end of any gig they become the audience's favourite new band, if you want proof of that, scroll down any of their socials! The band will be releasing their debue album on 13th March 2020 via Modern Sky whitch will include the singles Hawaii, Little Things and 21. Sometimes life can be laborious.Sometimes it's hard to think and hard to be, but I honestly believe the cure for mundanity and sadness of everyday life is love.We drew influence from our musical mothers and fathers and tried to create something exciting.