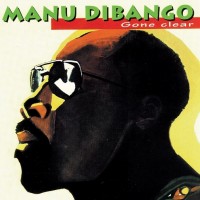 Gone Clear, is the quintessence of reggae and groove, as only Manu Dibango can conceive them. After a stay in Nigeria and a great tour with the Ivorian Radio-Television Orchestra, the Cameroonian saxophonist landed for the first time in Kingston, Jamaica, in 1976. Just a few steps away from Bob Marley's home (taking the time to greet him every day on his way to the studio to say “hello”!).

It was with the cream of the crop of musicians at that time (Robbie Shakespeare and Sly Dunbar, Randy and Michael Brecker, Lou Marini...) and in the legendary Dynamic Sounds Studios that he shaped this 100% roots album. With a slightly relaxed and positive atmosphere, far from the usual militant style lyrics, Manu's reggae invites you to "chill out", and is supported by a highly effective backing choir. Like most of his albums, Manu's reggae is also very mixed, blending African, Jamaican and American inspiration with danceable funk on tracks such as Goro City and Happy Feeling. The cherry on the cake is his hit "Soul Makossa" - sampled without permission by Michael Jackson and Rihanna a few years later – and arranged in a Caribbean sauce in a slower version, renamed "Reggae Makossa."

If there's one thing we can truly salute here, it is that Manu Dibango can compose reggae with respect for tradition while adding his own personal touch. We can see this touch later in the album Cubafrica, where Manu was able to surround himself with the best Cuban musicians (the Quarteto Patria), to deliver a very high-quality Afro-Cuban album, adding a new gem to his fabulous discography.