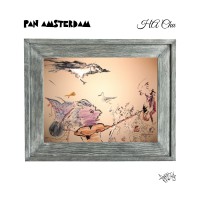 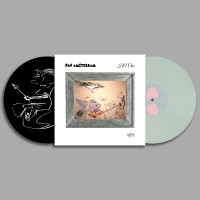 Pan Amsterdam is back with his second album, titled HA Chu.

It’s been a trip since 2018 and the release of The Pocket Watch.

A UK Tour. A tour of the US with Open Mike Eagle. Contributions, interviews and shows with THE Iggy Pop...

Now the oddity is back and being playful with help from Jason Williamson (Sleaford Mods), Jimi Goodwin (Doves) under his new Producer guise, Coup Diablo, the Parisian sensation/Producer GUTS. Mr.Shn – the Producer that gave us Pan Amsterdam - No Snare with Open Mike Eagle and... Malik Ameer Crumpler, Rapper/Producer with Madison Washington and co-conspirator at Def Pressé, the label Pan Am calls home...

At the end of August we’ll see the release of a trumpet filled slower joint Produced Mr.Shn. This song is in a similar vein to The Pocket Watch song... Landlord Elijah. A musing, Pan Amsterdam horn track.

Hannibal Lecture (September 16th) with none other than Jason Williamson (Sleaford Mods). Jason and Pan Amsterdam met at a World Service show with Iggy Pop and Anna Calvi last year. They hit it off and recorded two songs together. Both of which appear on this album. Hannibal Lecture, Produced by Coup Diablo (Jimi Goodwin – Doves) sees Jason and Pan Am trading verses. Nottingham, UK x New York, New York. Movie references and punch lines...

Some surprises along the way but, more on that later...