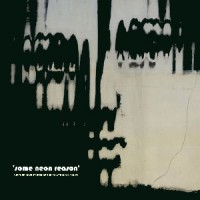 Previous PY collections (“They Make No Say” & “Popcorn Lung”) are firmly established gems in the label’s (completely sold out) back catalogue; so the news of a third’s arrival is a joyous moment for fans of the label.

This collection came about under way more unusual circumstances than the previous pair; recovery from the lockdown period resulted in a daunting list of promised releases; far too many for what time was left in 2020. So mercifully, ‘SNR’ not only acts to shorten this list by a 12” and 3 x 45s, it also runs wonderfully seamlessly into the bargain!

The set kicks off with a long-held favourite here at PY HQ. Cyril Bihan’s “PHIL WAVE” project. Sadly, Cyril passed away in 2019, and we are hugely grateful that Cyril’s family allowed the inclusion of the thumping “Hacking Sequence” to open proceedings here. Following that, KLAUDYNA POP offer up the fabulous “Contempt”, which, in their own words, contains an equal mix of “anger, resentment and general 2020 disillusionment expressed as a three-and-a half minute Northern Minimal pop song”.

Closing both sides of the record are two epic tracks from one man Swedish outfit VIB, planned initially as a 12” before the year ebbed away. “Vendel” and “The Deep i” both clock in at ten minutes plus; killer, slow building, meditative kosmische pieces recalling Klaus Schulze and Tangerine Dream with latter day nods to Emeralds, Eat Lights Become Lights and perhaps some Chris and Cosey. Recorded at home -beneath a bunk bed as his son slept- true DIY home recordings, epic in breadth and motorik goove.

Side two kicks off with the latest in a long line of French artists to have featured on PY. RECIDIVE NOIRE follow in the footsteps of Alexandre Bazin, Bernard Grancher, Cite Lumiere and many more; a Parisian trio with a love of old analogue, synth and cold wave. Professing a love especially for Martin Dupont, Wire and Air amongst others. Following them is the incredible S.A.P.T (Soloist Anti-Pop Totalization); the project of Japanese experimental electronic musician Rikinari Hata. The label is hugely excited about future releases with Rikinari, who offers up the fabulous “Other” for the record here.

Another wonderful PY collection, expected to follow the trends set by the first two and sell out immediately upon release. An absolute must for all fans of early Mute, the late 70s Sheffield electronic scene, Heldon / Pinhas, the Illuminated and (TG’s) Industrial labels. One time vinyl only pressing of 500 copies.

Barry says: The Last PY compilation was a SUPER seller,so much so that it got repressed with another LP and THAT sold out too! It's obvious that you're in safe hands with Dom curating another one and in even safer hands when you see the lineup. Some stunning tunes here, and after all, who needs to even read anything else... It's on Poly Youth.. you're safe.