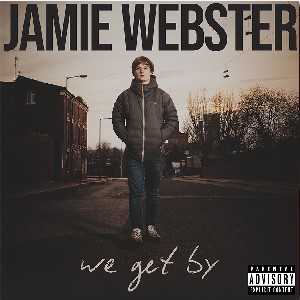 By singing the lives of the angels, villains and overlooked of Liverpool, Jamie Webste sings the hope-filled daydreams of a generation on We Get By, the singer-songwriter’s debut album, released on Fri 21 August 2020 on Modern Sky. Continuing the story from the rock-and-roll records that spilled from the docks into the arms of waiting beat groups, the hopeful indie-pop of the 80s that faced-down Thatcher’s cruelty and the Merseypsych boom of the ‘shroomy 2000’s, Webster sings his city to tell a story of our times.

Webster originally grew in renown for providing new soundtracks to Liverpool Football Club’s rising fortunes, playing to 60,000 fans attending the 2019 Champions League Final in Madrid and performing around the world, as far afield as Australia and Dubai.

Jamie WebsterWe Get By - 2022 Repress With Signed Print