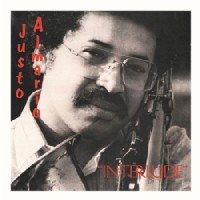 Justo Almario comes from Colombia, plays sax and flute. The first of his dozen jazz albums was recorded for Uno Melodic, largely composed and all produced by Roy Ayers. Before this solo album he recorded with Mongo Santamaria, Jon Lucian, Dom Salvador and then on sax for the first time with Roy Ayers on the 1976 album “Vibrations” which included “Searchin’”. He also played with James Mason on the album “Rhythm of Life” which included “Sweet Power Your Embrace”, then again with Roy on the “Lifeline” album which included “Running Away”. Demand for this album has grown in recent years through the aforementioned associations and for the stunning title track