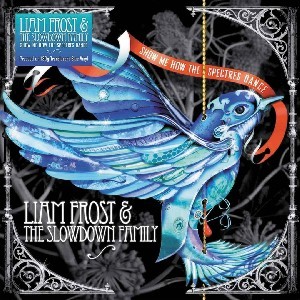 The much sought after debut album from Manchester's Liam Frost & The Slowdown Family is back by popular demand.

• Includes the singles "The Mourners of St Paul's" and "The City Is At Standstill“
• Pressed on 180g translucent blue vinyl.
• Signed by Liam Frost
• Recently featured on Tim Burgess’s Twitter Listening Party
• Released originally in 2006, Liam Frost is described by Guy Garvey as "the UK’s answer to Bright Eyes".
• "Young, fun and riotously talented, Liam Frost And The Slowdown Family are a free-wheeling 21st century folk carnival" -- NME

1. The City Is At Standstill
2. If Tonight We Could Only Sleep
3. She Painted Pictures
4. The Mourners Of St. Paul's
5. This Is Love