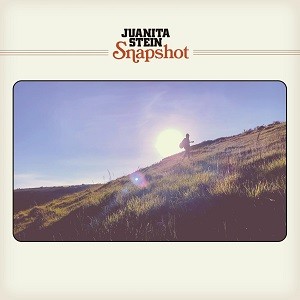 Juanita Stein returns with her new album, Snapshot, the Howling Bells singer and guitarist’s third solo LP. Working with the producer Ben Hillier (Blur, Doves, Nadine Shah), Snapshot was written and recorded over a period of eight months following the sudden death of Stein’s father, Peter, in 2019. Juanita was exceptionally close to her dad - he was her earliest introduction to music and gifted her a childhood “exploding with sounds of 60s folk, rock’n’roll, delta blues, country and soul”. She describes feeling “a compelling inspiration I’d not felt before” during songwriting sessions for the album, which is entirely given over to Stein and her family’s changed world following Peter’s death. The title track, Snapshot, was the last song to be written and, she says, “is me clinging on to what I have left of him in my mind.”

Along with Hillier, Stein recruited her brother (and Howling Bells bandmate), Joel, on guitar, jazz drummer Evan Jenkins, and Jimi Wheelwright (bass) to help realise the songs. The album is a progression from her two previous solo LPs, which had both been recorded during intensive sessions of just a few weeks, and both in the U.S. The benefits conferred by the extra time and space, plus being close to home during this time of grief, can be heard in its more expansive, exploratory, sometimes downright psychedelic sound. Despite the album’s tough subject matter, Stein’s voice is, as ever, a balm.