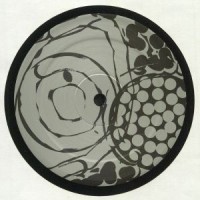 Ruutu Poiss, the Amsterdam/Tallinn based expert in glistening psychedelic electronics, arrives on the first outing for Wake Dream (A new label run by Amsterdam’s Orpheu The Wizard).

Leading up to the album, this untitled three tracker gives you a taste of his unique spectrum of kaleidoscopic modular dance music, futuristic synth funk and emotionally charged experimental cuts. These three tracks are not featured on the album and are exclusive only to this pre-release!