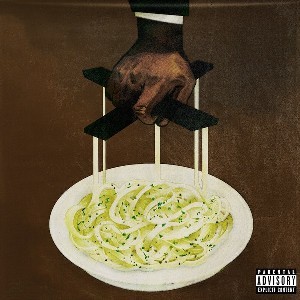 Offered as a surprise release, "Alfredo", the joint project from Freddie Gibbs and The Alchemist, features Tyler The Creator, Rick Ross, Benny, The Butcher and Conway The Machine and includes the single "1985". The project is their second collaboration together following their 2018 tape with Curren$y, Fetti, which Pitchfork called 'an example of the good that can happen when seasoned vets link up.'

"Alfredo" follows Freddie Gibbs's joint album with Madlib, "Bandana", from last year, which was named one of the best albums of the year by Complex, Consequence of Sound, Hypebeast, NPR, SPIN, Stereogum, Vice, Vulture, and many more, their accompanying "Bandana Instrumentals" album, and their NPR Tiny Desk. The project also arrives after an industrious 2019 for The Alchemist. He released his compilation album "Yacht Rock 2", the fifth installment of his "Rapper's Best Friend" instrumental series, collaborations with Action Bronson (Lamb Over Rice") and Boldy James (The Price of Tea in China") and a joint EP with Conway The Machine ("LULU") who features on Alfredo's eighth track "Babies & Fools."

Matt says: Now enjoying a well-earned spot in hip-hop's mainstream conversation, Mr. Gibbs' joins up with Alchemist for an effortlessly cool and confident album which sees smooth, smoky, lounge hooks peppered with Freddie's direct and guttural raps. With a prized bag of rhymers in support it's hip-hop solid gold folks!