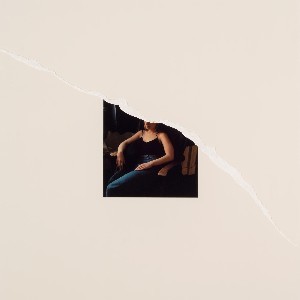 Pre-order the album for a chance to win one of 10 test pressings and signed lyric sheets!

Needle Mythology, the label founded by music writer, author and broadcaster Pete Paphides, is proud to announce the very first release of brand new music on the label. ‘In Memory Of My Feelings’ is the result of a one-off collaboration between Catherine Anne Davies and Bernard Butler. The album was recorded over writing and recording sessions covering a four year period, but amounting to just fifteen days in total. Prior to the creation of the record, the two had never met. There are ten songs featured in total on ‘In Memory Of My Feelings’.

Key tracks include the unearthly end-of-days address The Breakdown, the triumphant four-to-the-floor excoriations of Sabotage (Looks So Easy) and the luxuriant glam ache of No More Tears To Cry. Work on In Memory Of My Feelings was completed in 2014, but extraneous commitments forced Catherine and Bernard to postpone its release indefinitely. Of the record Butler says: “I’d got used to the idea that the record might never emerge. Occasionally, I’d listen to it on my headphones if I was on the bus, I always had the same thought, “I wish I could go to a record shop and buy this.” Davies adds: “For me, the best thing is that we still don’t know each other that well. The songs were the conversation.” Catherine is best known for her work as The Anchoress. Her debut album Confessions Of A Romance Novelist was released to widespread critical acclaim in 2016 and was named amongst the Guardian critics’ Albums of the Year, earned her the Best Newcomer prize at the PROG Awards and was also named HMV’s Welsh Album of the Year.

Since then she has played in the touring line-ups of Manic Street Preachers and Simple Minds. The second Anchoress album is scheduled for release early next year. Bernard Butler is a founding member of Suede, with whom he co-wrote and performed two era-defining albums. He then went on to enjoy top ten success with McAlmont & Butler and as a solo artist before focusing on writing and production work with artists such as Bert Jansch, The Libertines, Duffy, Teleman and Texas.

All vinyl copies of In Memory Of My Feelings come with a specially-recorded seven-inch single featuring a rearranged version of album track The Patron Saint Of The Lost Cause (retitled The Patron Saint Of Harmonia) and a stunning, pared-back version of Madonna’s Live To Tell. Of the latter, Butler says, “When I was 16, Live To Tell allowed me to join the dots in songwriting between True Blue and The Queen Is Dead.” Davies adds: “I don’t know what Madonna wrote it about, but the resonances in a post-#metoo world are impossible to miss.”

The songs are also featured on the CD and download versions. The artwork for In Memory Of My Feelings was the result of a collaborative process between Catherine Anne Davies, Bernard Butler and the acclaimed Belgian photographer Eva Vermandel, whose work is featured in the collections of the V&A and National Portrait Gallery. Vermandel’s work echoes aspects of the record itself: the relatively formal manner of the duo’s collaboration and the uncertainty that surrounded the outcome of the recording sessions.

1. The Patron Saint Of The Lost Cause (Harmonium Version)