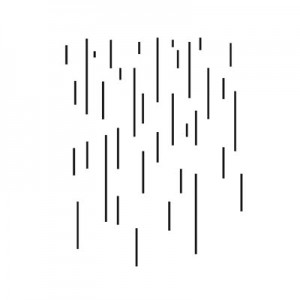 Originally released in March 2014, v2.0, was GoGo Penguin's breakthrough album and the first to feature the rebooted line-up with new bassist Nick Blacka, pianist Chris Illingworth and drummer Rob Turner. It was named a Mercury Prize album of the year 2014 alongside albums from Damon Albarn, Young Fathers and Jungle. The extended version was first released on 2xLP for RSD 18 on clear vinyl.

Newly remastered for vinyl (by the original engineer)
2xLP deluxe gatefold edition.
A percentage of sales on this edition will be donated to NHS Charities Together.

v2.0 includes the hit singles, Hopopono, Garden Dog Barbecue and Kamaloka as well as the remarkable One Percent and live favourite To Drown in You. Included here for the first time is theincessant 'Break' featuring a killer groove that offers a notdto the one and only Squarepusher, 'Wash', a haunting slice of the band at their most ambient and the wonderful 'In Amber', the first track that the new line-up wrote completely together.