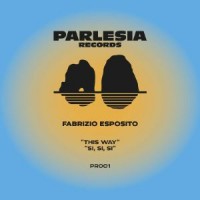 Fabrizio Esposito was born in Naples / Italy into a family of passionate musicians and vinyl collectors. His father played guitar in Tony Esposito's band who was responsible for some classic Italo tracks from the early 80's. He spent his early childhood immersed in his grandparnent's extensive vinyl collection which he has since inherited, this collection heavily influenced Fabrizio and made him a fan of Italian Wave, Italo Disco, Neapolitan Funk, Soul and Disco. After all these years working in clubs and with artists Fabrizio decided it was time to realise his other dream and become a DJ and producer himself fusing together his rich musical heritage combined with his clear vision for the future, creating his own unique sound. Fabrizio explains that since he was 14 he had always been behind the scenes of parties, from a PR to a promoter, always watching the djs and producers working to create the party around them. Since this time he has always been an obsessive vinyl collector, its in his blood, so now it's time for Fabrizio to share his own passion for music with the world.

Fast forward to summer 2019, Fabrizio made his Ibiza debut DJ'ing alongside DJ Harvey and Pete Gooding at La Torre and soon after Fabrizio finished his debut track 'This Way' which was premiered by Harvey at his now 'Mercury Rising' party at Pikes.