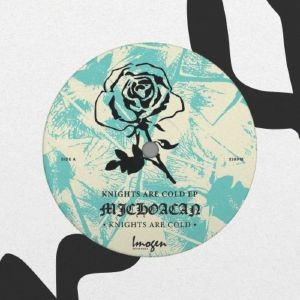 If you've paid close attention to the more experimental, esoteric and playful end of the modern disco spectrum, you should be well acquainted with California's Michoacan, a nu-disco survivor with previous outings on DFA and Eskimo. Here he joins the Imogen ranks with a two track 12" somehow managing to marry about 6,000 ideas.

On the A-side, "Knights Are Cold" sees the producer infuse a mid tempo disco groove with all sorts of bleeps and blorps, shaping hooky melodies and gentle hints at Afrobeat into a summer-ready slice of pop eccentricity. "Be Side Me" on the other hand makes maximum use of both low end and flexatone to take us on a mournful cosmic disco journey.

Patrick says: Playful, breezy but bursting with ideas, these two tracks from Michoacan marry disco grooves with wonky electronics and pop sensibilities, guaranteeing smiles all round. File next to Metronomy at his most funky, Naytronix and Sinkane.