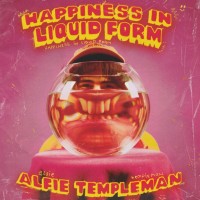 17 year-old Alfie Templeman first burst onto the scene in late 2018 with the release of his debut EP “Like An Animal” via Chess Club Records. Immediately drawing praise from tastemakers at national press and radio alike and gathering huge momentum resulting in a BBC Radio 1 Introducing playlist and a place in annual ones to watch polls everywhere from NME to British Vogue.

21st June 2019 marked the release of his second EP, “Sunday Morning Cereal”, of which first single “Stop Thinking (About Me)” won the hearts of BBC Radio 1’s Annie Mac and Jack Saunders - who made the single his ‘Tune of the Week’ in April - and Radio X who added the track to their Evening playlist in May. With the same EP, Templeman also revealed the video for ‘Stop Thinking (About Me)’ - filmed on iPhone and part of Apple’s new #shotoniphone worldwide campaign, for which he was handpicked from a global shortlist of emerging artists. The video has now amassed over 2.3 million views.

Alfie’s online fanbase has been growing at an exponential pace since his first post in 2019 year and has now reached over 92,000 followers on Instagram. In November 2019 he released his third collection of music, “Don’t Go Wasting Time EP” which has received constant spins on BBC Radio 1, BBC 6 Music and Radio X, along with new international plays on Alt Nation, KCRW, and Triple J.